SMOG IN LAHORE: A PREVENTIVE GUIDE

As the scorching Pakistani sun finally hides its face behind a veil of clouds, indeed ashamed of the suffering its blistering heat caused during the torturous summer months, Pakistanis rejoice for the few months of respite that cooler months bring. The pleasures of these cooler autumn and winter seasons are undeniable, be they beautiful amber leaves dancing gracefully in the cool autumn breeze or the instant gratification that comes with the first sip of a warm cup of chai on a cold winter morning.

However, a new dastardly entity now threatens to wreak climatic havoc and sour our joys during the absence of the sun- SMOG.

But, what is smog? Why does it choose to show its ugly form during our beloved sun-free months? Continue reading to find out all you need to know about pollution and how you can protect yourself from it!

The word smog is derived from smoke and fog. Its pungent odor and thick cloudy appearance distinguish it from fog. It is a form of severe air pollution. It comprises various pollutants such as nitrogen oxides, sulfur oxide, ozone, smoke, carbon monoxide, and particulate matter. The individual components are well known to have serious harmful effects on health.

More pronounced in Pakistan, it is broadly classified as summer or winter smog. As opposed to summer smog, also known as photochemical smog (as it develops from the effects of sunlight), winter smog is due to the accumulation of pollutants in the lower layers of the atmosphere. The winter weather and lack of rainfall facilitate its formation.

WHEN DID SMOG IN PAKISTAN START?

While it would seem like the onset of smog was sudden in Lahore in 2014; the progressive industrialization, increase in the number of vehicles on the road, and deforestation that came with industrial advancement meant that the air quality was declining even before the appearance of smog. Despite it becoming apparent in 2014, this pollution only came to the top of the public’s consciousness in 2017, when air quality data was published in Pakistan for the first time.

CAUSES OF SMOG IN LAHORE/ WHY SMOG IN WINTER MONTHS

The increase in vehicular emissions, poor quality fuel, industrialization, crop burning, brick kilns, burning of garbage, use of fossil fuels, and deforestation all contribute to smog formation. Meteorological inversion (trapping of cooler air near the earth’s surface) in winter months leads to the inability of the pollution to disperse. With the lack of rainfall in the cooler seasons, it provides ideal conditions for the formation of smog.

WHY IS THERE SMOG IN LAHORE?

Lahore, being a large populous, metropolitan city, is full of vehicles and is rapidly expanding. However, this development comes with greater air pollution and more significant air pollution leads to smog. For example, smog in Lahore today was 352 according to Air Quality Index; such a smog level has been deemed hazardous to health.

The AQI or Air Quality index is a means by which the government conveys to its population how polluted the air is or how polluted it is expected to be.

Calculation of AQI requires monitoring the concentration of air pollutants over a specified period.

The website IQAir uses sources from 27 Lahore stations, including:

IQAir is a great resource to show real-time air quality. According to IQAIR, aqi Lahore DHA was 387 and

THE EFFECTS OF SMOG ON-EAR, NOSE, AND THROAT

The ear, nose, and throat are organs constantly exposed to smog. Patients with pre-existing allergic symptoms are an especially vulnerable population.

Smog comprises many gases such as nitric oxides, sulfur dioxide, and ozone. In addition to these, there are many minute particles that are suspended in the air. These particles and gases cause significant irritation to the linings of the nose and throat. The constant irritation and consequent allergic reactions trigger an inflammatory process in the nose and throat. This can lead to coughing, runny nose, dripping of secretions into the throat, sneezing, and pain.

In addition to this, there are several conditions that this inflammation can lead to. The inflammation of the nasal lining causes ear infections in small children .i.e. those under ten years of age. A pathway connects the ear and the nose in humans called the Eustachian tube. This tube is more horizontal, narrower, shorter, and floppier in children facilitating the spread of infection from the nose to the ear. The child will have sudden onset of pain in the ear, a decrease in hearing, heaviness in the ear, and possibly, secretions coming from the ear. This will need urgent treatment to avoid further complications such as a hole in the eardrum.

Furthermore, the inflammation causes the linings of the nasal cavity to swell causing the nose to become blocked. This swelling also causes the tubes that drain the sinuses (air spaces in the skull bone), which open in the nose, to become blocked. This blockage causes secretions to accumulate, leading to a dull pressure-type pain over the face and forehead. This condition is called sinusitis.

Adding to the direct effects of the toxic gases and floating particles on the throat, the nose starts to secrete more mucus that drips down the back of the throat. The constant dripping into the throat can lead to cough, severe throat pain, and sometimes even a change in the quality of the voice.

HOW CAN YOU PROTECT YOURSELF FROM SMOG?

HOW CAN SMOG BE PREVENTED?

SCHOOLS CLOSING IN PAKISTAN? WHY? THE EFFECTS OF SMOG ON THE ECONOMY AND SCHOOLS?

It is claimed that the GDP of Pakistan (47.8 USD billion) will be decreased by more than 5.88% if smog is not adequately controlled.

Schools in Pakistan have been officially closed from Saturday through Monday until January 2022. Such loss of valuable learning opportunities and social interactions may hamper the development of our future generations.

When is smog expected to reduce in Lahore?

Rainfall will have a beneficial effect, clearing pollutants from the air. Furthermore, as the weather warms up, the trapped pollutants in the lower layers of the atmosphere can escape to the upper layers.

Keeping all this in mind, the ‘warm’ greeting by our old nemesis, the sun, in the spring months may not be such a bad thing….

We need to protect ourselves from the effects of smog because it is hazardous to the ear, nose, and throat. So, we would suggest you wear masks, avoid unnecessary outings, use air cleaning devices in your rooms, and get checked by an ENT specialist Lahore if you feel it necessary. 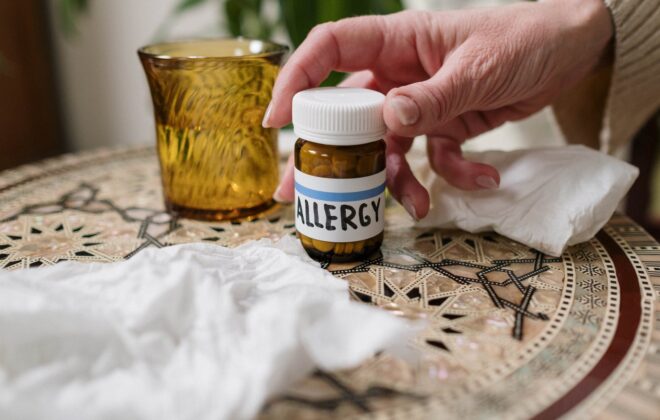 has been added to the cart. View Cart
WordPress Image Lightbox